Senior Scholars Program
JavaScript is disabled for your browser. Some features of this site may not work without it. 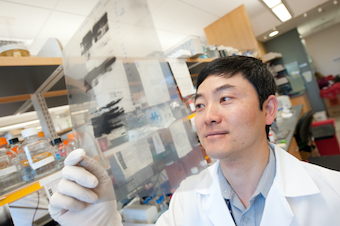 The Senior Scholars Program at UMass Chan Medical School provides an opportunity for scholarly activities that serve not only as an introduction to the philosophy of research based on answering questions through hypothesis generation, information gathering, experimentation, and critical interpretation, but as a tool for growth in an evidence-based health care environment. Each student participates in "Senior Scholars Presentation Day" by preparing a poster about their research project and sharing their learning experience with medical school peers and faculty members. This collection includes student posters, abstracts, and published journal articles authored by Senior Scholars.