The CTL Memory Responses to Influenza A Viruses in Humans: a Dissertation 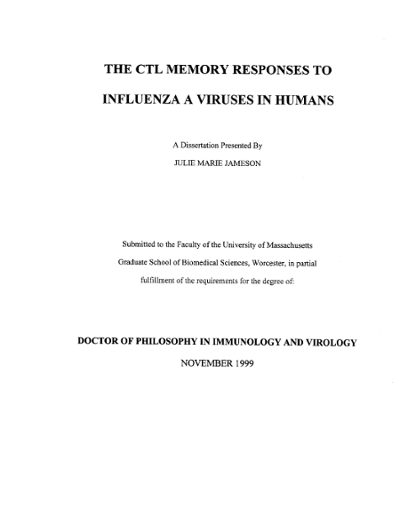 Some images did not scan well. The margins of pages may be cut off. Please consult original document. Page vii out of order in original