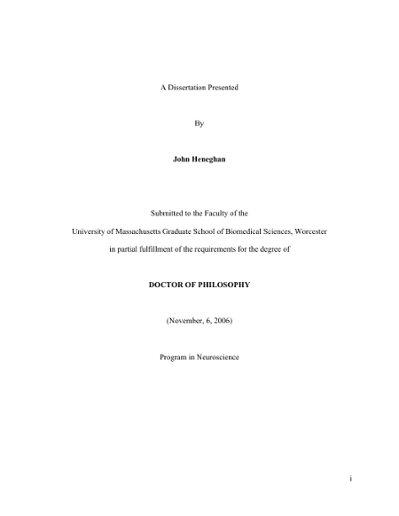 The influx of calcium through N-type calcium channels (N-current) affects a myriad of neuronal functions. These include the triggering of synaptic release of neurotransmitter, adjustment of membrane potential and changes in gene transcription. N-channels are highly modulated proteins, so that N-current is attenuated or potentiated in response to environmental changes. In turn, the modulation of N-current has a direct effect on the downstream events, making the N-channel a focal point in neural signaling, and its modulation a mechanism for short term plasticity. The modulation of N-current by M1 muscarinic receptors (M1Rs) is of particular interest for several reasons. The M1R is instrumental in both cognition and memory formation as indicated by studies using either pharmacological agents aimed at M1Rs or knockout animals lacking M1Rs. Clinically, the M1R is an important target in the treatment of Alzheimer’s disease. Thus, like the N-channel, the M1R is an important element of neural signaling. Moreover, the stimulation of M1Rs affects N-current by through signaling pathways which despite being studied for decades, are not completely understood. For my dissertation I have investigated of M1R signaling on N-current using electrophysiological recordings of N-current from freshly dissociated neurons and from HEK cells expressing N-channels and M1Rs. Asking how one receptor affects one type of calcium channel would seem to be a simple question. However, the answer has many facets. Since M1Rs have multiple downstream effects and N-channels are highly modulated proteins, stimulation of M1Rs initiates several different pathways which modulate N-current. This thesis aims to unravel some of the complexities of the interactions of two vital components of neuronal signaling. Here I present the results of studies elucidating three different actions of M1signaling of N-current modulation. The first study I present here examines the effect of N-channel subunit composition on modulation of N-current. The stimulation of M1Rs in superior cervical ganglion (SCG) neurons elicits a distinct pattern of modulation; inhibiting N-current elicited by strong depolarizations and enhancing current elicited by lesser depolarizations. Thus M1Rs cause two simultaneous modulatory effects on N-current; increasing voltage sensitivity and decreasing overall conductance. I found the expression of the N-channel’s β subunit (CaVβ) determines the observed effect. Specifically when the isoform CaVβ2a is expressed M1 stimulation elicits enhancement without inhibition. Conversely, when CaVβ1b, CaVβ3, or CaVβ4 are expressed M1 stimulation elicits inhibition with out enhancement. These results fit a model in which both the enhancing and inhibiting effects of M1stimulation occur in all channels, but typically inhibition dominates. CaVβ2a blocks inhibition unmasking latent enhancement. Moreover, using mutants and chimeras I found palmitoylation of CaVβ2a at the N-terminus plays a key role in blocking inhibition. My findings predict the expression and localization of different CaVβ isoforms would dramatically alter modulation of N-current and thus may represent a previously unrecognized form of plasticity. The inhibition of N-current by M1Rs is controversial. It has been proposed recently that inhibition is directly attributable to the depletion of phosphatidylinositol-4,5-bisphosphate [PtdIns(4,5)P2] during M1 stimulation. However, in our lab, we have found arachidonic acid (AA) release, which occurs subsequent to PtdIns(4,5)P2 hydrolysis, is both necessary and sufficient to elicit inhibition. Therefore, in a second study, I tested the effect of CaVβ expression on N-current during exogenous AA application and found a pattern of modulation identical to M1R stimulation. Furthermore, I took part in a collaborative project identifying the AA producing enzyme, diacylglycerol lipase (DAGL), to be a necessary component of the inhibitory pathway elicited by M1Rs. These findings provide increased evidence for AA release being a key factor in the M1R stimulated pathway of inhibition. Moreover, these discoveries identify the expression of CaVβ2a and use of specific DAGL inhibitors as a molecular and pharmacological strategy to block inhibition of N-current, respectively. These tools allow the dissection of downstream effects of M1R stimulation, so that other modulatory effects may be observed. The phosphorylation of N-channels by protein kinase C (PKC) blocks inhibition of current brought on by G-protein β and γ subunits (Gβγ) binding directly to the channel. Relief of Gβγ inhibition by other means has been identified as a mechanism of short term plasticity. M1Rs are known to simulate PKC, but a connection between M1Rs and PKC phosphorylation of Nchannels had not been demonstrated. I hypothesized that PKC stimulation may be occluded by other downstream effects of M1Rs. Therefore in a third study, I used a pharmacological approach on SCG neurons to dissect the PKC activating pathway from the other downstream effects of M1 stimulation. I observed modulation of N-current indicating a loss of Gβγ&#; inhibition, thus consistent with PKC phosphorylation of channels. This conclusion reveals another aspect of M1 modulation, which can function as a means of short term plasticity.