Attrition of CD8 T Cells during the Early Stages of Viral Infections: a Dissertation 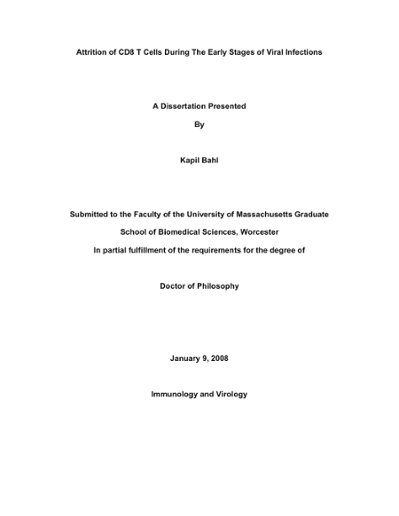