Chromatin Dynamics in Pluripotency and Differentiation: A Dissertation 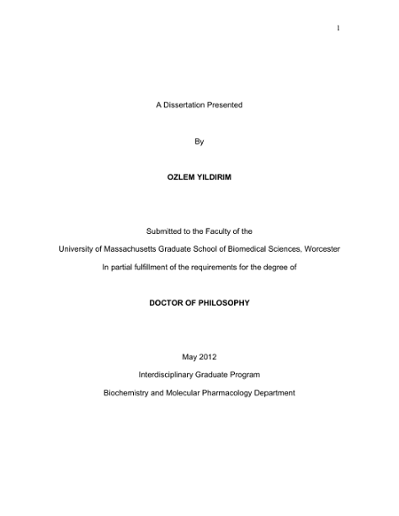 Different cell types in multi-cellular organisms heritably maintain different gene expression patterns despite carrying the same genome; a phenomenon termed epigenetics. It is widely believed that the packaging state of the genome, known as chromatin structure, carries epigenetic information. How chromatin states are inherited and how chromatin structure changes during development, moreover how different epigenomes, such as chromatin and DNA modifications communicate with each other during these processes are important questions. Accordingly, understanding the mechanisms that govern pluripotency and differentiation requires details of chromatin dynamics. The major goal of my doctoral thesis was to understand the genome wide view of chromatin dynamics in embryonic stem cells. My studies centered on two aspects of chromatin dynamics in mouse embryonic stem cells—localization and function of two antagonistic chromatin regulators and genome-wide histone variant dynamics. In the first part, we examined the roles of several chromatin regulators whose loss affects the pluripotent state of ES cells. We found that two such regulators, Mbd3 and Brg1, control a large number of genes in ES cells via antagonistic effects on promoter nucleosome occupancy. Moreover, we found that both Mbd3 and Brg1 play key roles in the biology of 5-hydroxymethylcytosine (5hmC), a newly identified DNA modification. Mbd3, which was named by homology to known cytosine methyl binding domains, yet does not bind methylcytosine in vitro, co-localized in ES cells with 5hmC. Furthermore, Mbd3 localization was lost in knockdown cells lacking the major 5mC hydroxylase, Tet1. Our results suggest, contrary to current dogma, that 5hmC is more than just an intermediate in cytosine demethylation pathways, that it may regulate genes via the Mbd3/NuRD complex. Finally, we showed that both Mbd3 and Brg1 are themselves required for normal levels of 5hmC in vivo, identifying a feedback loop between 5hmC and Mbd3. Together, our results identified a possible effector for 5hmC, thereby suggesting a functional role for this DNA modification. Moreover, Brg1 and Mbd3 can now be added to the growing list of regulators with opposite effects on ES cell gene expression, suggesting that pairs of antagonistic chromatin binding proteins may be a common phenomenon in ES cell transcription regulation (Yildirim et al., Cell 2011). The second part of my dissertation concerns the dynamics of several histone variants. Seminal studies in the Henikoff lab showed that certain histone variants are replaced throughout the cell cycle, in contrast to the predominant replication-coupled mode of histone assembly. Work in yeast and flies showed that rapid histone turnover occurs at epigenetically-regulated genomic regions, such as chromatin boundary elements or Polycomb/Trithorax binding sites. Notably, promoter regions of actively transcribed genes exhibit rapid turnover, suggesting that histone turnover may have an important role in gene regulation, as higher histone turnover rate would provide higher probability of DNA element exposure and faster erasure of chromatin marks of the replaced histones. In order to extend such studies to a model for pluripotency and differentiation, we developed a system for measuring histone replacement in mouse ES cells. To be able to carry out turnover experiments in ES cells, we generated stable ES cell lines that can be induced to express epitope-tagged histone variants. Our results confirmed that histone turnover patterns are conserved from yeast to mammals and that turnover profiles are histone variant specific. Murine H3.3 turnover is similar to H3.3 turnover in flies, with peaks at the promoters of highly transcribed genes. MacroH2A2, a variant generally linked to gene repression, had a more complex turnover profile. Surprisingly, we found rapid exchange of macroH2A2 occurring around transcription start sites of a number of highly expressed genes. At poorly expressed genes, on the other hand, macroH2A2 localizes upstream or downstream of transcription start sites and is incorporated slowly, either via slow turnover or via replication-coupled incorporation. Finally, we have used those inducible ES cell lines to generate mice, which will enable future studies on tissue-specific histone replacement in vivo. In summary, my thesis work not only significantly extends our understanding of chromatin regulation in general but also provides a more detailed landscape of chromatin structure and regulation in ES cells. Extending these analyses to differentiating cells and in vivo tissue specific dynamics should provide us with a better understanding not only of cell type specific chromatin organization but also improve our ability to program and re-program genomic landscapes in vitro.

This dissertation received the 2012 Dean's Award for Most Insightful Doctoral Thesis Research from the Graduate School of Biomedical Sciences at the University of Massachusetts Medical School.