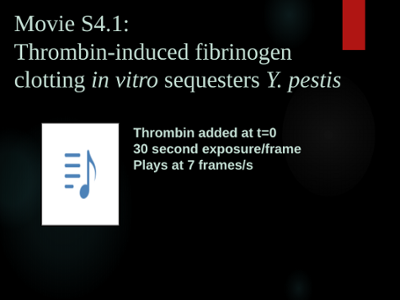 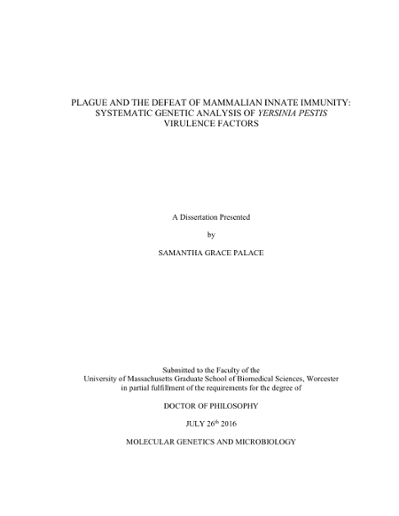 Yersinia pestis, the causative agent of plague, specializes in causing dense bacteremia following intradermal deposition of a small number of bacteria by the bite of an infected flea. This robust invasiveness requires the ability to evade containment by the innate immune system. Of the various mechanisms employed by Y. pestis to subvert the innate immune response and to proliferate rapidly in mammalian tissue, only a few are well-characterized. Here, I present two complementary genetic analyses of Y. pestis adaptations to the mammalian environment. In the first, genome-wide fitness profiling for Y. pestis by Tn-seq demonstrates that the bacterium has adapted to overcome limitation of diverse nutrients during mammalian infection. In the second, a series of combinatorial targeted mutations disentangles apparent functional redundancy among the effectors of the Y. pestis type III secretion system, and we report that YpkA, YopT, and YopJ contribute to virulence in mice. We have also begun to investigate a novel relationship between Y. pestis and mammalian platelets, a highly abundant cell type in plasma. I present evidence that Y. pestis has evolved specific mechanisms to interfere with platelet activation, likely in order to evade immune responses and promote maintenance of bacteremia by undermining platelet thrombotic and innate immune functions. The principles guiding this work – systematic genetic analysis of complex systems, coupled with rational modification of in vitro assays to more closely mimic the in vivo environment – are a generalizable approach for increasing the efficiency of discovering new virulence determinants in bacterial pathogens.