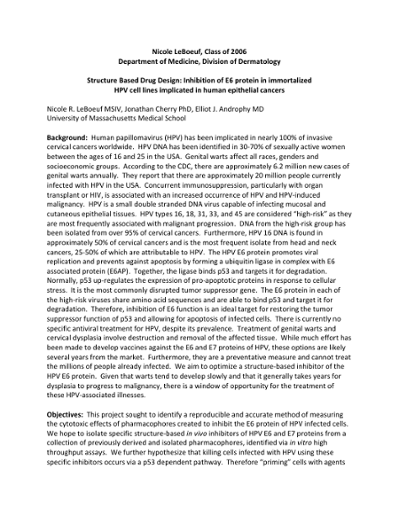 Department of Medicine, Division of Dermatology

The author participated in this study as a medical student in the Senior Scholars research program at the University of Massachusetts Medical School.

Copyright the Author(s). All rights reserved.