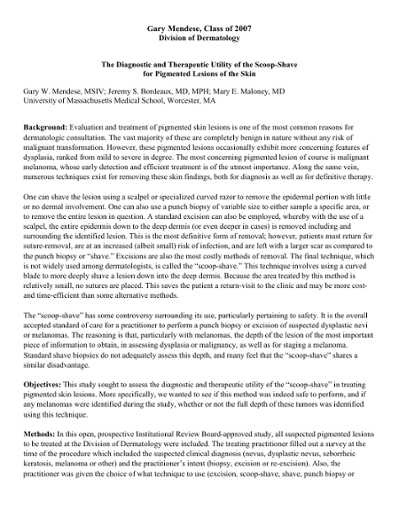 Alternate title: The Utility of Scoop-Shave Biopsy Versus Excision for Melanocytic Nevi.